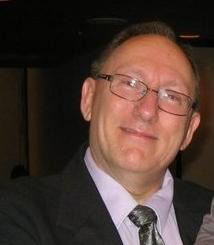 In March of 2013 the large tumour on my right groin was determined to be cancer.  It was a form of cancer I had never heard of before - liposarcoma. "You have the same type of cancer Terry Fox had", the Oncologist said, "only in the fatty tissue".  Everything in my world was about to change.

I finished five weeks of radiation on July 4th, followed by surgery on September 4th.  Despite severe burn from the radiation, it all seemed pretty straightforward.  However, 5 days after surgery I was back in hospital for what would be a 14 day marathon. My drainage included 4 different types of bacteria.  I was draining nearly a litre per day.  I had serious cellulitis.  The day after entering the hospital a strange wound mysteriously opened up just below the 27 cm incision.  On the third day every vital sign took a drastic turn.  I was in septic shock.  While in shock I threw a blood clot to my lung.  That tear-filled, fear-filled day isn't one that I remember well. To me it was simply a hodge- podge of doctors, nurses, tests, insertion of a second drain line, pain killers and antibiotics.

Six months later I have a clean pathology report.  The mysterious wound has been closed up for about 2 weeks.  I am no longer on blood thinners and await to hear the status of the blood clot.  I live with, and will continue to endure severe lymphedema due to the removal of lymph nodes during surgery.  Of course, constant monitoring of the chest will continue to make certain that the sarcoma doesn't reappear in my lungs as it did with Terry Fox.

It has truly been a life altering journey.  My new limitations have forced me to reinvent myself to some degree, focusing my energy on those things I can still do well and being willing to give up the things I once enjoyed that are no longer realistic.  I am so thankful to be alive and anxious to share with many that there is life - good life - after cancer.