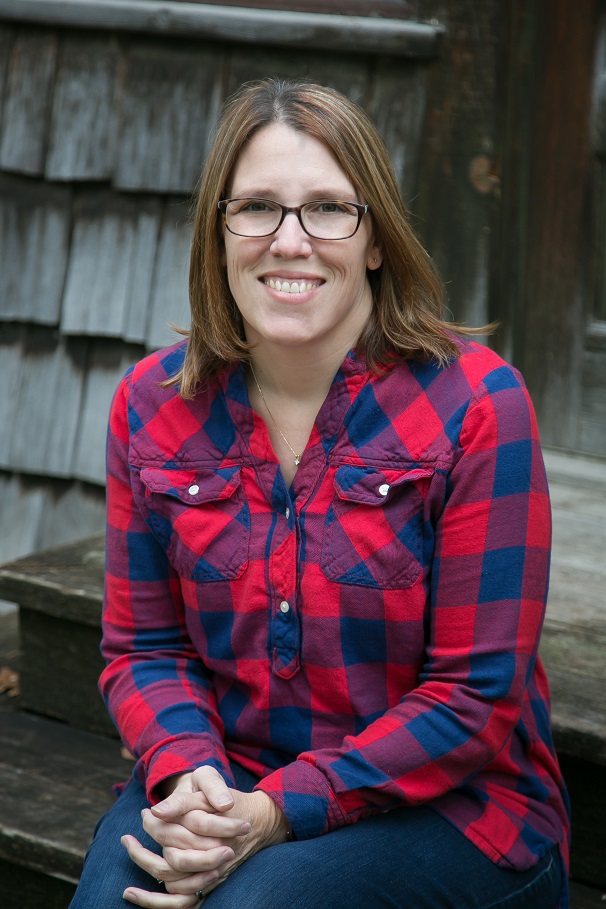 I was in Orlando visiting my parents with my husband and our two sons in December 2015, when I realized something was not right. I was 38 years old and was experiencing what I thought was an excessive menstrual cycle, only two weeks after my last one. This time was different though as I was passing clots and the flow was so bad one day that I couldn’t leave the bed. My gut told me something was wrong, but I didn’t want to worry my husband, my kids or my parents. I felt like I was too young to be starting menopause but thought, who knows, maybe I am. I was supposed to have had a physical the month prior, but I had to cancel because I had started my menstrual cycle that day and I had rescheduled it for January. It had been 3 years since my last PAP test, mainly because my doctor had returned to India after her mother died and I hadn’t gotten a new doctor yet.

We returned from Disney and over the course of the next 6 weeks, I was rushed to the hospital via ambulance twice, received blood transfusions twice, received uterine artery embolization to minimize the bleeding and was hospitalized for almost 3 weeks total. On my first hospital visit they took a biopsy of a mass they thought was a fibroid and it was sent for a rush pathology. It took almost 30 days before the pathology came back to confirm it was cancer. I was called in to the OB/GYN’s office and before we could even sit down in our chairs, he announced “ you have cancer, it is one I have never heard of before, and I don’t even know how to pronounce it” and he then handed me the pathology report. He told us that the pathology was performed at the Mayo Clinic in Rochester, MN because they couldn’t determine what kind of cancer it was in Manitoba, which is why it took so long to get the diagnosis. We were crushed.

I had an Endocervical Fibroblastic Malignant Peripheral Nerve Sheath tumour (MPNST) , high-grade sarcoma, and it was classified as Stage IV. I was told that MPNSTs make up approximately 1% of all sarcomas, and that half of all MPNSTs are a result of a genetic condition, which I don’t have. To make it even rarer is where my tumour was located, in the uterine wall, because normally they appear on an arm or a leg. I couldn’t “google” my type of cancer, especially in my location; it was just too rare.

My PET scan confirmed that it hadn’t appeared anywhere else. I completed 20 sessions of pelvic radiation, was prepped for what was supposed to be an evasive surgery (pelvic exenteration) but luckily, I woke up from my surgery was told that they only needed to perform a less invasive radical hysterectomy. This was followed by intracavitary brachytherapy treatments. I was mentally prepared to start chemotherapy, I wanted to do anything I could to prevent the cancer from coming back, but it was ruled out as the benefits didn’t outweigh the toll it would take on my body. My pathology had good margins.

It wasn’t until June 2019, three years later, after a routine CT scan, that I was told that the cancer had returned. This time it had metastasized to my left lung and there were three tumours. I was in shock. I was feeling great and we weren’t expecting to get that news. It caught us so far out of left field that my husband fainted in the appointment. My subsequent PET scan showed that it was only in my lung, and I was scheduled to have laparoscopic surgery to remove the tumours from my lung. In the 6 weeks from my PET scan, to my surgery date, my tumours had grown rapidly, and the thoracic surgeon had also found nodes in my chest cavity while I was on the table. It was worse than they thought, and surgery was aborted. I was referred for radiation, by the time my treatments were supposed to start (approx. 6 weeks after my surgery date) the tumors were now deemed too large and there were now additional tumors appearing in my CT scan.

My oncologist was now recommending chemotherapy which was always deemed the last resort and I had agreed and signed all the consents. I was informed about how invasive the chemo would be (up to 5 days of inpatient chemo per cycle) and the odds of it being effective was only 30%. After leaving to have some blood work done, we got called back to see the oncologist and he advised us that there was a research article that had been published a few months prior that described a woman with the same type of tumour as me, in a similar location, and how her tumour had tested positive for a NRTK gene fusion. He advised that Bayer had a new drug, Vitrakvi (Larotrectinib), which had just been approved for use in Canada at the end of July that attacks these genes. We returned to his office and I signed the consent to have my tumour tested for the gene fusion and we waited.

Mentally, I prepared myself for the worst. The wills were signed, I made sure we took up-to-date family pictures and I made sure that I had a good head shot taken of myself, just in case it would be need for an obituary. I never told my husband why I wanted these pictures done, I wanted to take away any little burden I could if the worse were to happen. I was in so much pain, I couldn’t eat, and I couldn’t sleep. Pain meds just made me nauseous. I ended up being prescribed a nerve blocker to alleviate the pain. I had my pic line installed for chemo while we waited for news. We were supposed to find out in 5 business days, but it took over 2 weeks. We kept pushing back the start date for chemo, while we waited. Finally, on the Friday of Thanksgiving weekend, we got the news we were hoping for, my gene tested positive for the NRTK fusion and they were rushing me the medication and I would start on Tuesday. As for the delay in waiting for the results, I was told that I was the first in Canada to test positive under the new testing regime after the drug received its approval and that they had triple tested it to make sure they had the proper results.

Within a week of starting the new drug, my pain was significantly reduced, my energy was improved, and I was able to attend a Winnipeg Jets game with my family. After one month, my CT scans had showed shrinkage, I was completely weaned off my pain meds and by January my CT scan showed further shrinking. I went snowboarding with my kids for New Years and I was able to return to work on part time basis mid January. Having my independence back and feeling well enough to return to work part time is something that is very important to me. I have worked hard for my career, my returning to work allows me to feel like things are more normal.

In August of this year I had another PET scan, and I have 3 tumours that are still showing activity, the same three tumours that I originally started with. We re-explored surgery again but that was ruled out, so I just completed 15 sessions of radiation on my left lung. I continued to work half-time throughout my treatments. Work has given me an outlet and socialization, even though I have been working from home since March because of COVID.

I am grateful that cancer research continues to happen and that new drugs are being brought to the market so that patients like myself have choices and have hope. Four years ago, Vitrakvi wasn’t an option for me. We need more drugs to be subsidized by the Health Canada and our provincial drug plans in order to make these kinds of drugs more accessible for cancer patients. We need new drugs like Selitrectinib to continue to be developed for cases were tumours mutate and stop responding to other TRK inhibitor drugs. Most importantly though, we need genomic testing on sarcoma tumours to become a routine part of deciding the treatment path for the patients, especially for those who have metastatic or inoperable tumours, due to the rarity of these kinds of tumours. Identifying the genomic mutations that are unique to your tumour(s) may help to outline what journey you take to treat the cancer.

I never anticipated that at age 43, that I would be on this journey I am on and sometimes I can feel resentment, but it is never for very long. I sometimes struggle with the mental roller coaster that living with cancer entails. I try my best to always have a positive outlook. I need to be positive for my family and for myself. I can only control what I can control. I trust my oncologist at CancerCare Manitoba, and I feel that he has always looked out for my best interest. Our boys are now 15.5 and 14 years old, and my older son just started driving. I want to continue to watch them grow, to see them graduate high school, get married and have their own kids. I have been with my husband for 25 years, married for 18 of those years, and I want to celebrate 25 more years together. Continuing cancer research and making new drugs accessible will be required in order to make that happen.