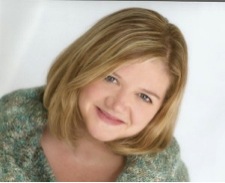 In the spring of 2012, while awaiting the birth of her second son, Beth was incapacitated by a growth on her right foot. Unable to receive treatment because of her condition, she persevered until the pain became unbearable. Tests revealed a tumor, and biopsy results confirmed the growth to be Synovial Sarcoma, a rare form of cancer. Beth underwent an emergency Caesarian section. Little William was delivered safely, and received wonderful care in Windsor Regional’s NICU. Beth was then admitted to Mount Sinai Hospital in Toronto, home to a world renowned Sarcoma clinic. Dr. Peter Ferguson performed surgery to remove Beth’s right leg below the knee. Within days, Beth was up and around– no complaints, looking forward to returning home, being fitted for a prosthetic and getting back to her husband Bill and raising their family.

Another bend in the road — her first follow up chest scan revealed lung metastasis. Beth was referred to the care of Dr. Martin Blackstein, an oncologist specializing in the treatment of sarcoma. Six rounds of Chemotherapy were administered in hospital, with a celebration of good results in January 2013. We are now faced with another challenge as the most recent scan has shown the lung lesions are changing. A new oral chemotherapy “blocker” is the next line of defense, and can be taken for 1 year.

Dr. Ferguson and Dr. Blackstein referred Beth to a Thoracic surgeon who recommended that the new “blocker” be taken for 3 months (this began mid-May) and then following a scan determine its effectiveness before looking at the options for surgery. We are very fortunate and thankful that God has placed brilliant, gifted and dedicated doctors in our path to care for Beth. I do not believe there are better to be found anywhere in the world, and we support and thank them for their personal care and efforts.